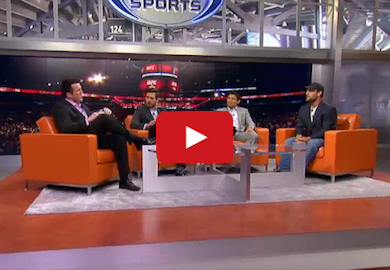 UFC welterweight champ, Johny Hendricks doesn’t care who he fights next, but he wouldn’t mind if it was GSP.

Johny Hendricks on who he’d like to fight next: “I don’t care. I’m going to have to fight one of them. It doesn’t matter.”

Hendricks on if he still thinks about his fight with Georges St-Pierre: “I don’t. I’d love to have a rematch. But if he never came back, it wouldn’t bother me. I’m trying to make my own legacy.”