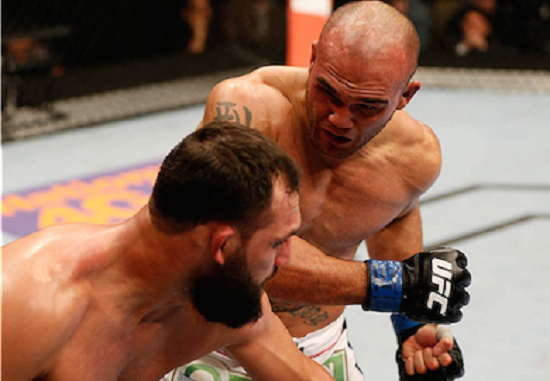 Johny Hendricks lost his UFC Welterweight Championship to Robbie Lawler at UFC 181 and he confessed one of his downfalls during the post fight press conference.

“I didn’t fight! Look at rounds four and five.”

Hendricks is referencing the fact that he tried to wrestle his way to a victory in the last two rounds of the fight. He confessed he thought he had the victory in the bag, scoring the first three rounds in his favor. Lawler dealt with Hendricks’ smothering and punched his way through the grappling to win the championship.

Hendricks continued, “I’m my own worst critic, I don’t need to you guys to say ‘He looked like shit’. I should have done a couple other things to secure my win, but I got lost in the moment. I’ll be back.”