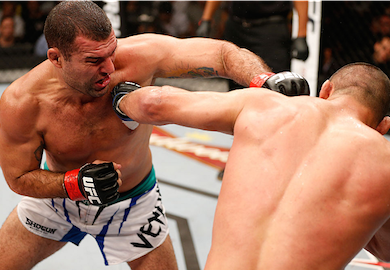 For the first time in history, the UFC pulled off a Sunday Night card on FOX Sports 1.

With a big headliner in place and a sold out Arena in Natal, Brazil, the UFC’s gamble paid off.

As always, ratings guru, Dave Meltzer breaks it down: (via mmafighting.com)

The experiment of airing UFC on a Sunday night got off to what should be viewed as a promising start from a ratings standpoint, as the main card for the Dan Henderson vs. Shogun Rua UFC Fight Night 38 was the third most-watched Fight Night since the launch of Fox Sports 1 in August.