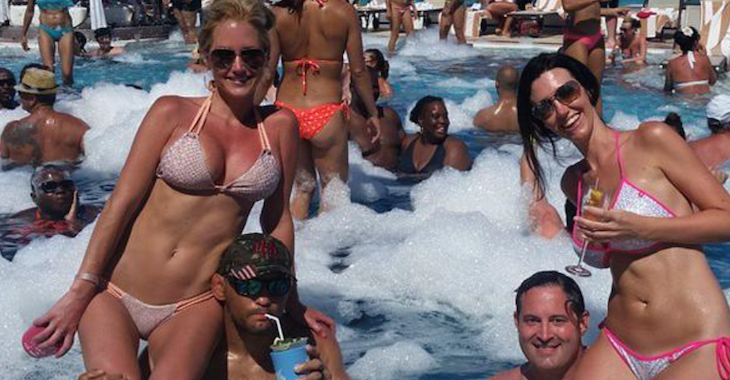 Dan Henderson is fresh off a spectacular victory over Tim Boetsch, at UFC Fight Night: New Orleans, where he scored a KO in under 30 seconds in the nights main event.

So what’s a guy to do after such a great win? Why not hit up Cancun and go to a few foam parties!

The MMA legend took to his Twitter to let fans know that he made it just in time for the pool party, incase you were wondering.

Made it to Cancun just in time for the foam party to start http://t.co/54RdVimoTU pic.twitter.com/qzUwdAAS0j

Lots of people were debating if this was going to be Henderson’s last fight, especially if he lost. Turns out those debates will have to go on a little longer.