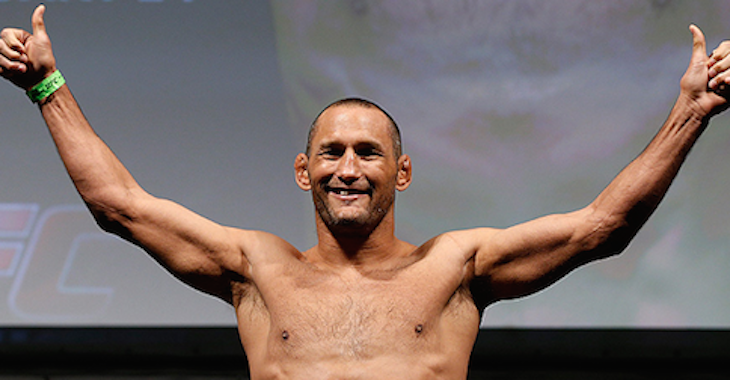 Recently, Dan Henderson was approached by a fan with an autograph request to sign his picture of Michael Bisping unconscious after Dan Henderson landed his famous ‘H-Bomb’ at UFC 100.

Hendo grabbed a picture of the autograph, which he uploaded to Twitter.

First time signing this pic for a fan. Haha pic.twitter.com/gCWnHB65Tv