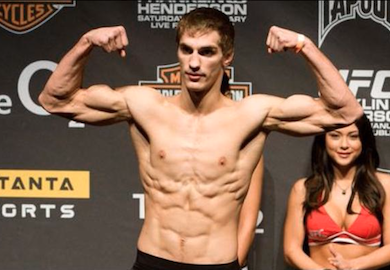 Having skipped out on the entire 2013 season of fights, John Hathaway is now booked in a main event opposite Dong Hyun Kim on the TUF China Finale event.

The British prospect has strung together an impressive 7-1 UFC record with his sole defeat coming way of Mike Pyle at UFC 120 back in 2010.

Now healed of all ailments, Hathaway took to Singapore last week to discuss his upcoming bout with Kim at the UFC Fight Night 34 fan Q&A.

“I’m back healthy, and I can’t wait to be back in there and competing. I’m really going to make 2014 my year, and I’m lucky I get to kick it off against such a great competitor.