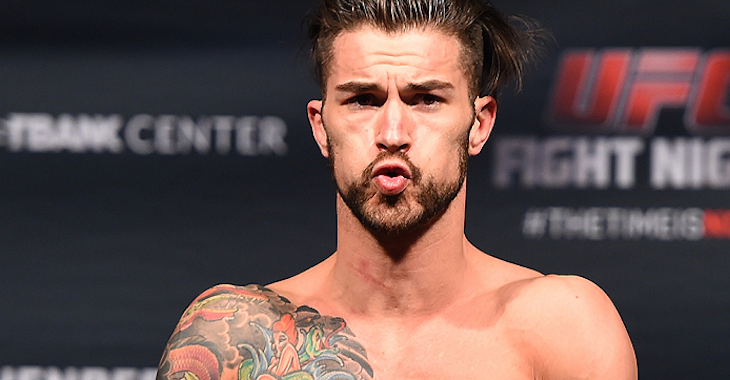 UFC welterweight John Hathaway was injured and forced out of his scheduled fight with Gunnar Nelson at next months UFC 189.

The UFC confirms that now Brandon Thatch will step in and take his place, facing off against Nelson. Thatch was set to fight John Howard on the prelims of the same card, but Howard will now face one of Nelson’s teammates, Cathal Pendred.

Pendred steps in having just fought at UFC 188 in Mexico City, where he extended his win streak to four fights.

Do those changes sound good to you?