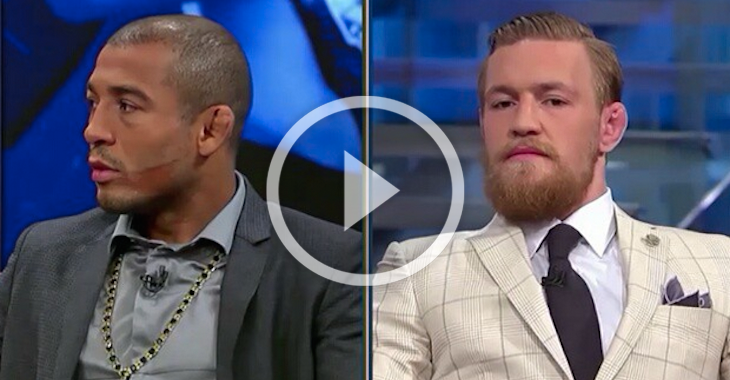 Conor McGregor brought an interview to light in the spirit of Father’s Day where he tells Jose Aldo who is truly in charge! It seems to have been lost in translation, but Aldo’s face once he realizes what McGregor saying is priceless.

“UFC 189” will host the clash between the featherweights when they fight for the throne of their division. Jose Aldo is the reigning and defending champion, but does he have what it takes to walk out with the gold? Share your thoughts in the comment section below!