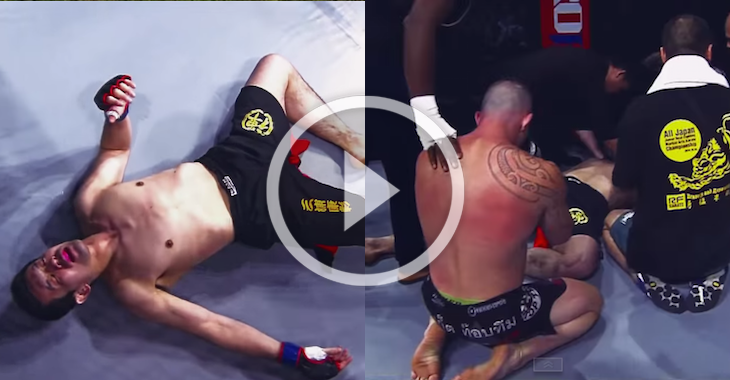 Many Mixed Martial Arts fighters often employ the use of hammer fists while fighting inside the cage. The technique is a valuable form of offense for a fighter controlling their opponent from top position.

What’s fairly uncommon is knocking your guy out with one.