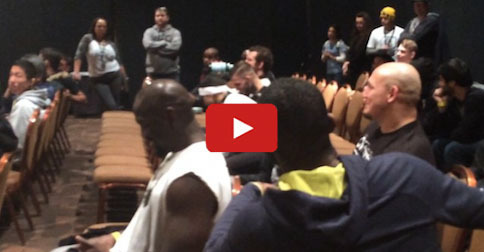 If you thought the UFC 182 weigh-in was the end of the pre-fight posturing between Jon “Bones” Jones and Daniel Cormier, you were wrong.

These guys won't stop!!! This just happened in the fighter meeting and this NEVER happens. #UFC182… http://t.co/zqllAmunZO