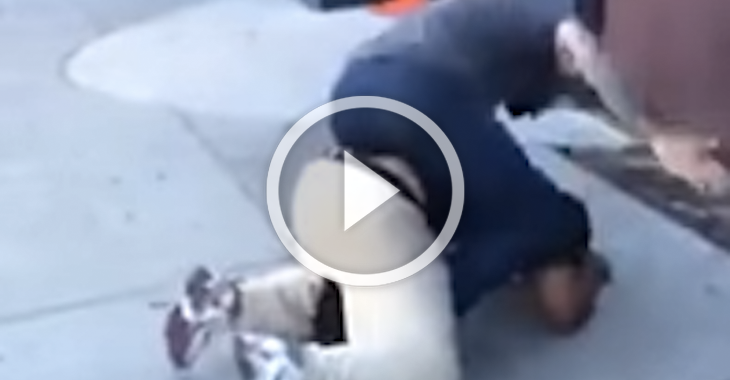 There was a time in mixed martial arts where women were criticized for fighting, but pioneers like Ronda Rousey and Miesha Tate have helped the sport evolve past that point. There are still some people who disrespect women in the world of martial arts, and they better hope they have an athletic background themselves. If the lady chooses to take the high road and ignore the man who is harassing her, chances are the trained male martial artist will stick up for her based on morals.

That’s exactly what happened when an alleged drunken man was harassing ladies outside of Kurt Osiander’s BJJ Academy. As mentioned in the description of the video, he’s lucky he ran into a trained grappler with restraint! Here’s the story behind the video from you description:

This took place outside Kurt Osiander’s BJJ Academy. The guy who was disrespecting women and being a creep wasn’t mentally ill or handicapped, he was just a drunk idiot according to Ramona Valentine who shot this video. Great job of capturing this event and sharing it, maybe it will discourage a few creeps in the future.