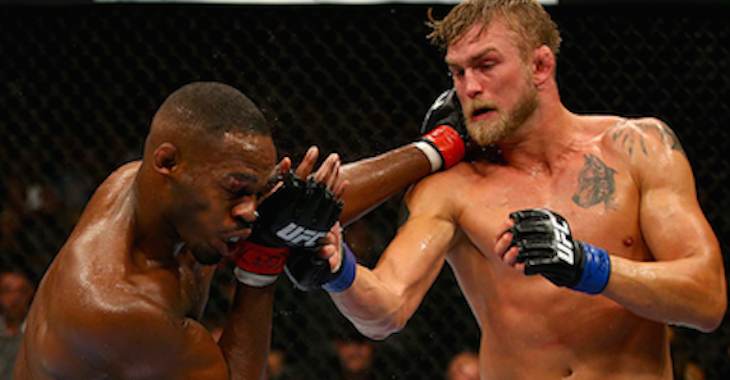 “I also want to say that he is the best guy in the world, he is the champion and he is the best pound for pound, no doubt about that. It’s also very tragic because all of the fighters are working very hard to get to that position to face him for the title and to become the world champion. So, he hasn’t lost that title from competition; he lost it because he did stupid things. Even if I go up there and I compete and I win the world title, it’s not the same because you want to get that belt from the best guy in the world, so I think it’s very tragic.”

Light heavyweights from around the world want to share their two cents on the current Jon Jones’ situation— even the usually quiet Alexander Gustafsson.

In a recent post on his Facebook page, Gustafsson dove in to the topic of Jon Jones’ recent arrest and what it meant for the sport.

Jones and Gus met in the octagon at UFC 165 in what went down in history as one of the greatest championship bouts in the company’s history. Gus would ultimately put in a losing effort, but controversy surrounded the fight as fans and media around the world thought Gus had won.

Regardless, Gus shared that he thought Jones was STILL the best in the world. It’s nice to see fighters not kick a guy while he’s down.