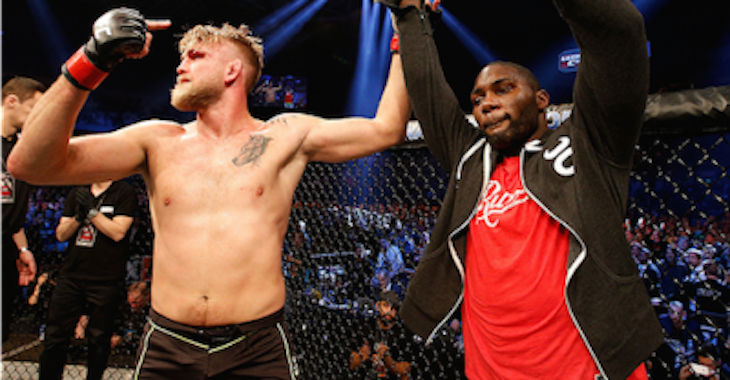 Former UFC light heavyweight title challenger Alexander Gustafsson suffered a crushing loss when Anthony Johnson stopped him the first round of their fight back in Jan.

Gustafsson was tapped to fight Jon Jones for a second time in a highly anticipated rematch, until Johnson put a stop to that in a matter of moments, in the Swedes hometown.

Gustafsson recently spoke on the MMA Hour about that fight and how tough it was to deal with the loss.

“I did a sloppy technique, I didn’t tuck my chin, I didn’t keep chin down and hands up. Anthony saw that and he did everything right, basically.”

“It’s been a rough time. But I’m back, it’s time to face everything and, I haven’t even watched the fight yet, but I will break it down, I will watch it with my team and see what went wrong there and everything. I’m back in training and I’m motivated again, and I can’t wait.”