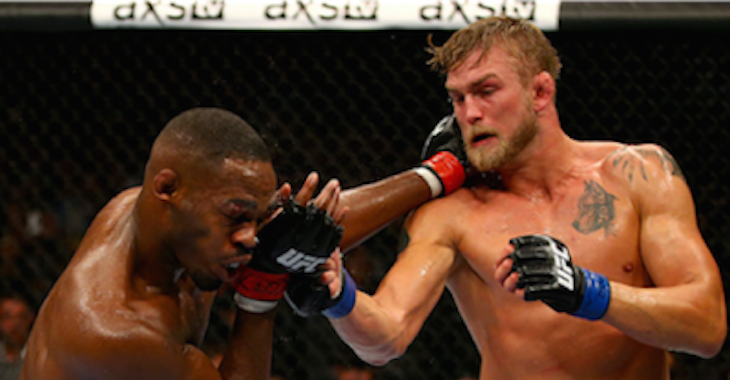 Alexander “The Mauler” Gustafsson will be stepping into the octagon to challenge Daniel Cormier for his UFC Light Heavyweight Championship on October 3 at UFC 192. While Gustafsson is excited for another opportunity to grab gold in the octagon, if he was given the choice between fighting for Cormier’s title or a rematch with Jon Jones, his answer may surprise some people.

Gustafsson met Jones in the octagon at UFC 165 and put on one of the best championship fights in the history of the sport. Jones was invincible walking into the fight and was viewed as having the advantage in nearly every category, especially grappling. However, Gustafsson caught Jones off guard with his ability to utilize his reach and strike from a distance and ultimately cut the champion open! It was razor-close heading into the decision and some thought it was too close for their to be a winner. The judges did not decide on a draw, but rather awarded a close decision victory to “Bones”.

Gustafsson would rebound with an easy win over Jimi Manuwa, but would go on to lose his next fight against Anthony “Rumble” Johnson in devastating fashion. Despite coming off a loss, Gus is ready to come back to the octagon in spectacular fashion when he squares off with Cormier. Who do you have winning the main-event? Should Anthony Johnson get the winner, or is he a couple fights away from another shot at gold? Share your predictions and thoughts in the comment section below!