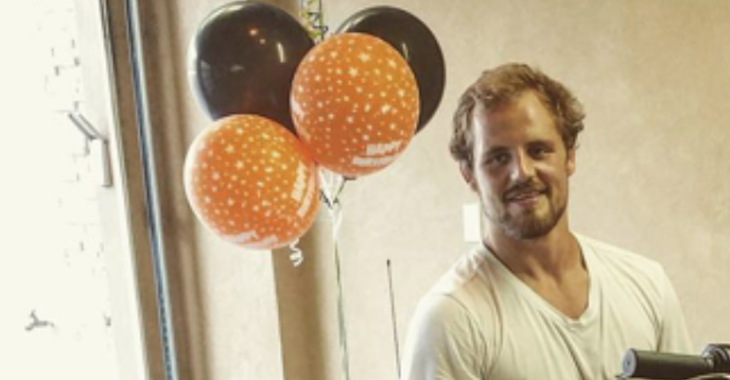 UFC welterweight Gunnar Nelson doesn’t get very excited for much, or at least he doesn’t show it. Whether he’s giving an interview or fighting in the cage, Nelson always seems to be on a steady level of calm. Basically, it’s hard to get this guy to smile.

So what does it take? Well how about a Harley motorcycle from your buds Conor McGregor and Dana White?

Nelson took to Twitter and posted a photo of himself (smiling!) sitting on a brand new Harley Davidson with the caption, “Just got a Harley for my birthday!! Thanks so much @TheNotoriousMMA @danawhite @ufc and @harleydavidson”

Just got a Harley for my birthday!! Thanks so much @TheNotoriousMMA @danawhite @ufc and @harleydavidson 😍 pic.twitter.com/VaDajZDnHE