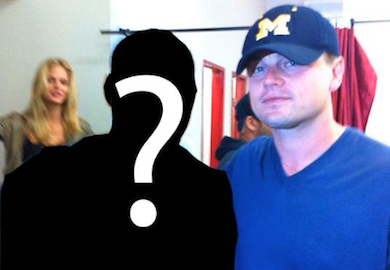 The beloved, acting mega-star, is rarely seen off-screen. Known to live a very private life, away from the media and papz, DiCaprio is great at dodging the camera’s. However, last weekend Mark Hunt nabbed him.

Hunt shared this image on his personal Facebook with the following message.