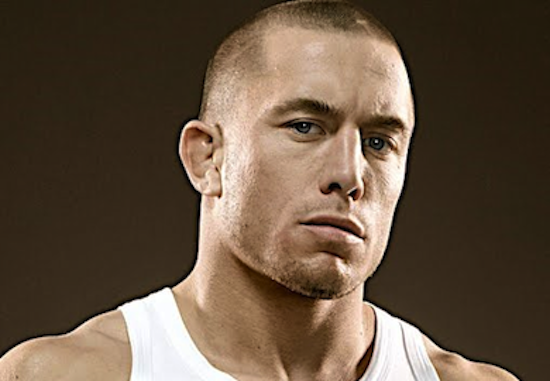 Since then there has been a lot of talk about whether we will ever see St. Pierre in the Octagon again. Recently, St. Pierre returned to training, which sparked a lot of discussion pointing towards St. Pierre’s return.

The former champ caught up with MMA Canada recently to discuss his potential return from his indefinite hiatus.

“I don’t know if I will go back to competition. That’s why I didn’t call it ‘a retirement,’ I called it ‘a break’ because I don’t know. [Light heavyweight boxer] Bernard Hopkins has a good analogy. He says, ‘You can’t ask a woman who just gave birth and suffered for many hours if she will have another baby again.’ Same thing for me when I got out of competition.”

“I used to program myself to do certain moves that used to pull my ACL tendon. For me, if I compare it to a train track, I need to re-learn the movement a better way that I don’t put my ACL in jeopardy. To learn it where I’m automatically in the right position when I level [change], when I jump, when I turn. The train will not derail on a good track. The more powerful you go the more the train will derail.”

Do you think we will ever see GSP return to the Octagon? Sound off in the comments section!