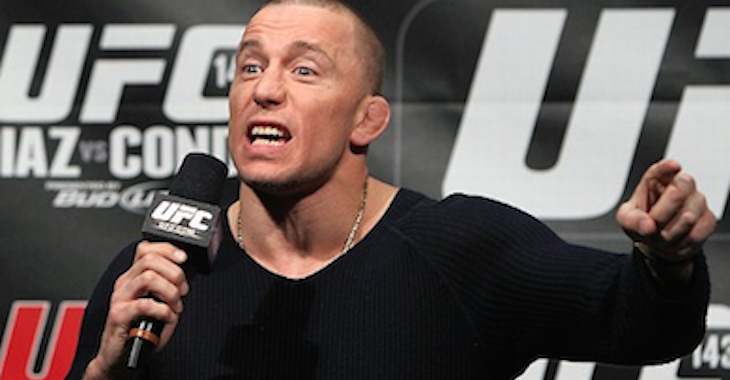 Former UFC welterweight champion Georges St-Pierre recently talked about he new IV ban and said he believes it’s a great rule and that IVs should be banned.

GSP told GNP1.de that IVs helped fighters fight at weight divisions that they probably shouldn’t be fighting at anyway.

“I believe it’s a good thing, to tell you the truth. If it’s not you’re division, stay to your own division.”

“You see guys that lose an incredible amount of weight. For my part, I used to weigh around 190. I lose 20 pounds, which is relatively small right now for a welterweight. Most guys are over 200 pounds, and I always find it fascinating.”

“Now it’s not only a question of who’s better and who’s more well prepared, it’s also a question of technology. And the more you allow technology to play out on the result of a sporting event, the more you take away the real talent, the real skill question. That’s why I believe it’s a good thing, I think it should be illegal.”