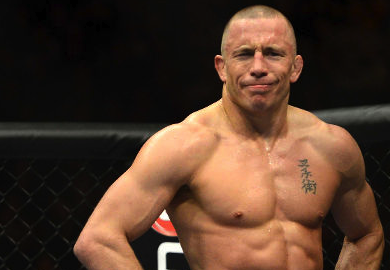 Well fight fans, the wait for GSP’s return just got pushed out a little bit, whether the former champ wanted it or not.

Tore my left ACL in training. Surgery in a few days. Rehab, pain, hard work, no shortcuts- I'll soon be back at 100%. Thanks for the support

He also took to his Facebook page with the following:

“Just got confirmation that I tore my left knee ACL during training this week. Surgery in a few days and rehab starts right away. We all face challenges in our lives and I know only one way to take this one: Pain, hard work, no shortcuts and I will soon be back at 100%.”

This is the second time since 2011 that the Canadian based fighter will go in for surgery to repair a torn ACL. The first of which happened in the lead up to the Condit fight. It benched the champ for nearly a year and was on was on the other leg.

GSP gave up his title after a recent bout against Johny Hendricks. He cited personal issues as the cause for his leave, and now the prospect of him coming back just got that much less-likely.