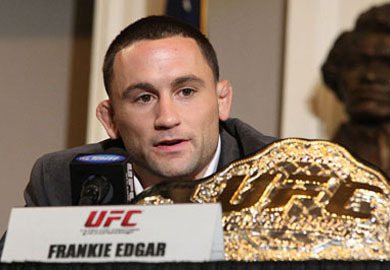 If you had to rank the top three fighters in the UFC now in order, who are they?

“No. 1 is Frankie Edgar; he’s the best pound-for-pound fighter we have.”

Wait, he’s not even a champion.

“He lost his fight to Benson Henderson only according to the judges. He was much stronger than Henderson.”

OK, who else is in the top three?

(via The LA Times)