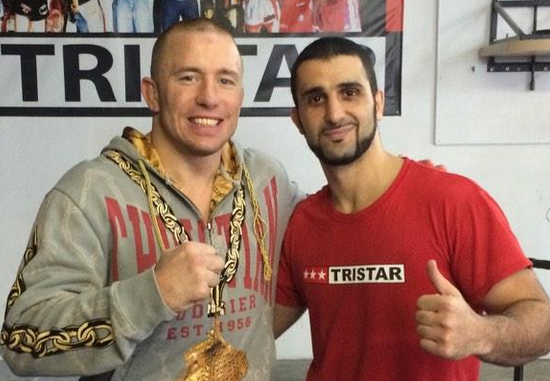 Former UFC welterweight champion Georges St-Pierre was cleared, and returned to training this week in his hometown of Montreal, Quebec, Canada.

UFC Tonight broke it down last night on FOX Sports 1:

“His coach tweeted out picture of him training (pictured). He’s been cleared to train. He told me his first day back in the gym was humiliating, but he felt better than last time he came back from an ACL injury. On his recent meeting with Dana White and Lorenzo Fertitta, he said it was a great meeting. They laughed a lot. But he said they didn’t try to talk him back to fighting.”