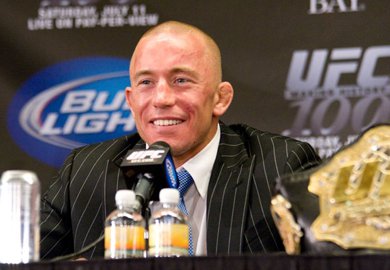 “Nick and I were supposed to fight before and this was the big fight that people wanted to see. People wanted to see this fight more than me against any other guys. My other option was Johny Hendricks and Johny Hendricks, when I watched his fight against Josh Koscheck, according to me, I believe Josh Koscheck won that fight. I don’t want to fight a guy that lose to me that I beat. I think Nick Diaz is number one contender. He proved himself many times before and there is a story between us and it’s time to do it.”

Johny Hendricks was infuriated to find out that the UFC opted to go with Nick Diaz as the next number one contender in the welterweight division and not himself.