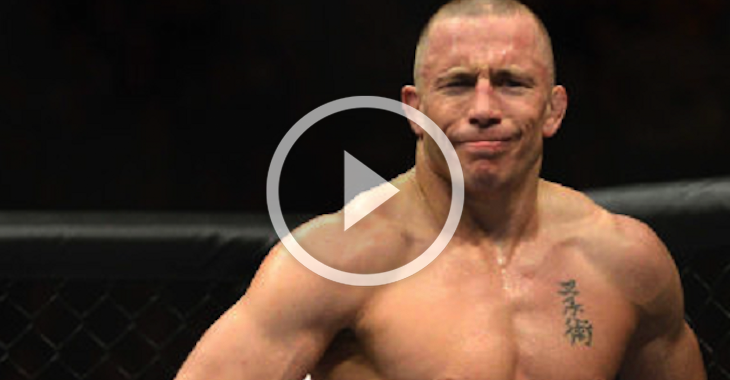 Georges St. Pierre took a stand for the cleanliness of athletes within mixed martial arts by retiring from the sport in 2013. After UFC took action and announced a more serious drug testing policy, the chance for a GSP return seemed more possible.

The only obstacle between the octagon and Georges St. Pierre now is his bravery.

The former champion recently told fans at the UFC 186 Q&A that he would be scared to come back and look like a fool! Even the best athletes in the world have their insecurities.