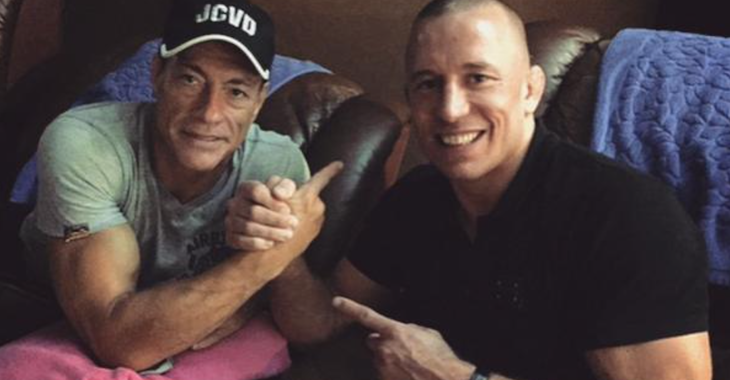 Former UFC welterweight champion Georges St. Pierre isn’t a stranger to Hollywood. He was in ‘Captain America: The Winter Solider’ as an evil villain, so he’s been around movie stars. Still, the strange part about this picture is that it’s like the fifth time Jean-Claude Van Damme has been linked to an MMA fighter in the past month. We know he’s a big Conor McGregor fan.

Check out the movie star and the former champ hanging out in Bangkok!

Thanks to @JCVD and his crew for showing me around Bangkok city! pic.twitter.com/ypZysClJXN