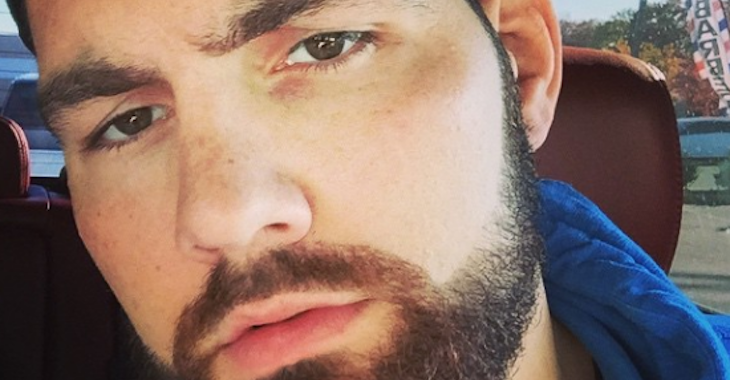 “My first date with my wife is a crazy story. I go to her house, we’re hanging out. She goes and takes a shower. I was best friends with her brother. He was a wrestler on the wrestling team, and I started dating his sister.

“So I knock on the door. Her parent’s were in the living room and there’s only one other bathroom upstairs, and that was their personal bathroom for their bedroom, so I can’t go take a dump in their bathroom.

“So I’m pacing back and forth in the room and the next thing you know, I’m knocking on the door one more time. I start breaking out in a sweat – ‘Marivi can you please hurry up?’ She’s like ‘What?’ And I’m like ‘Oh my gosh.’

“I go back in the room and the next thing I know, it’s coming. She’s not going to open the door. There’s nowhere to run. There’s this little office garbage can in the corner. And I’m like ‘This is happening.’

“I pull down my pants, came above it, and just completely filled up the office garbage can.

“Some of the diarrhea hits the rug. Like falls out of the garbage can. So I’ve got crap on the floor. I’ve got a whole bag full of s—. So I take the crap, wrap it up, I go by the parents, out to the garbage cans by the street. Drop it off in a can.

“As I come back in the house, I’ve got the mom, dad, yelling ‘You stink Vinny, what the hell you farted.’ The whole house stinks like crap.

So I go back inside, Marivi’s stil in the shower, there’s this crap on the floor now, so I hear her coming out the door, so I take my sock off, throw it on top of the crap, and I sat on the bed. Of course I didn’t wipe my butt. Nothing. Most disgusting feeling ever.

“My wife’s like a detective. She looks at me, looks at the garbage can, and says ‘Did you just s— in my garbage can??!’

“She’s been with me ever since.”