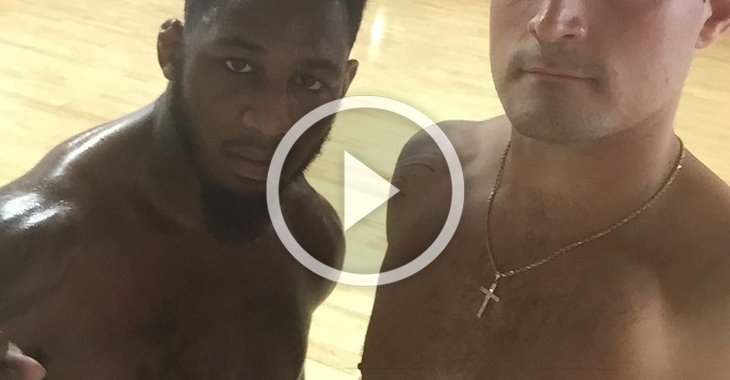 Do NOT grapple with a nipple ring in.

The fighter apparently did not know this, or just didn’t adhere to the warning, and in fact grappled with his nipple rings in.

What happened can not be described with words…well, maybe it can be. It was gross, just really really gross. Check it out, but remember, you were warned!

Remember kids, no grappling with nipple rings. Or, just don’t get them in the first place, but hey, whatever floats your boat.