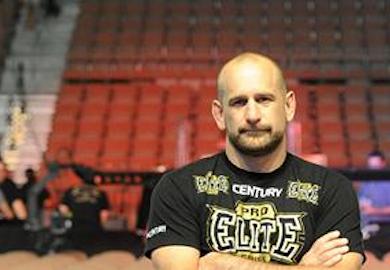 On Monday, Dean Amasinger, a training partner and coach of “UFC Fight Night 42” co-headliner Ross Pearson said he voiced concerns with the UFC after learning that the New Mexico commission selectively tested Saturday’s fighters to exclude those from Greg Jackson’s camp.

Yesterday, Greg Jackson spoke to MMAJunkie where he contradicted the claims made by the rival coach:

A report from SWFight.com stated that a total of eight fighters were tested, including Khabilov and Perez, who both train at Jackson’s gym in Albuquerque, N.M.

“We always, always test the two fighters involved in a main event,” NMAC chairman Tom King told the website. “That includes the fighter from Jackson’s on Saturday. For someone to say that a fighter from that camp was not tested is factually incorrect.”

“That type of information will eventually be available to the public,” he added. “The names will come out in a few days, and everyone will see who was tested.”