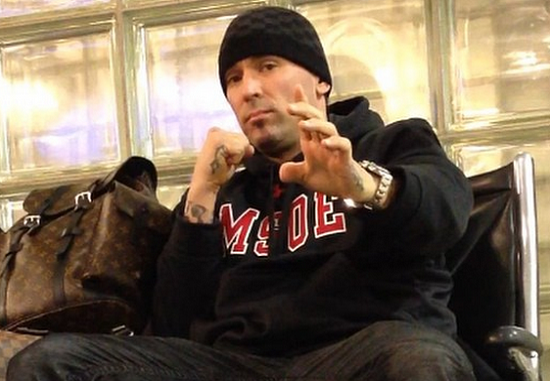 In a strange, and unexpected turn of events, David Frank, the actor behind the ‘Green Power Ranger’ on the ‘Power Ranger’ TV show, wants to fight the newly signed CM Punk.

“Jason’s actually been kind of toying with the idea of fighting CM Punk for over a year now. They toured together on the Wizard World conventions and they were doing appearances together and the fans were kind of talking about it and it got some buzz about a year ago. It never really died down, but with the announcement last night it flared back up.

“I got a text message from Jason right away saying ‘he wants to fight at middleweight, too, I’d love to do it, he got away from me’ just kind of joking around. But actually it makes a lot of sense.”

Frank released a message himself about the potential bout, with a polite callout.

“I have to do this and wake up the UFC. I like CM, this is just a professional call out again. This is my life and I deserve a shot at this. Haters hate, winners win. It’s a great fight, embrace, don’t hate.”