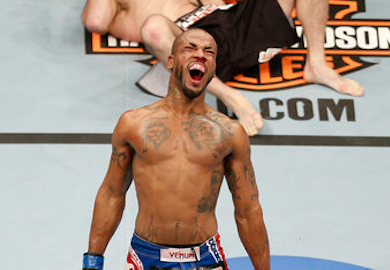 Yesterday the UFC announced some reshuffling of fights, and fight-cards, to help compensate for the Jones vs. D.C. injury void.

Part of that reshuffling was a newly worked lightweight bout between Donald Cerrone and Bobby Green.

The two lightweight standouts are fighting for a right to contend for the title, and Green took no time to let loose-words fly.