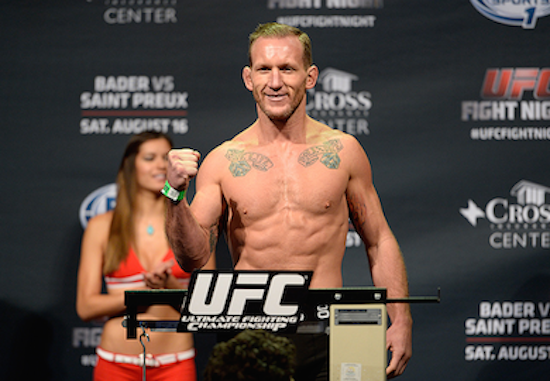 Former UFC title challenger Gray Maynard will be looking to score his first win since June of 2012 when he takes on Yakovlev this April. “The Bully” is in the midst of a three-fight losing skid, which has seen him suffer TKO losses to T.J. Grant, Nate Diaz and Ross Pearson.

Meanwhile, Alexander Yakovlev will be looking to earn his first-career UFC win when he takes on Maynard in Virginia. The 30-year-old Russian dropped decision losses to Demian Maia and Nico Musoke while fighting in the welterweight division. Yakovlev is hoping that a drop down to lightweight will produce the type of results that saw him defeat Paul Daley in 2013.

With the news, the UFC Fight Night 63 card now includes the following contests: