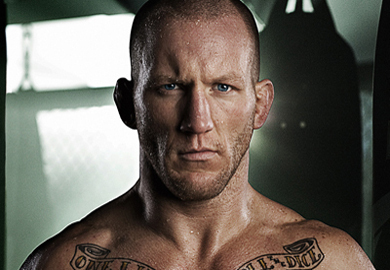 “I think Grant really believes he has good stand-up. He’s good on the ground, but he likes to stand and strike. He believes in that aspect of his game and that’s okay. Training at AKA has added a few more tools to my game, but I truly believe I’m one of the hardest hitters — if not the hardest — in the lightweight division. I like to go everywhere in a fight, but if he wants to scrap it out on the feet, I don’t have a problem with that. I’m hungry, man. It’s been a long layoff. These past two years have been off and on, but I have been traveling and in the gym learning new things. I’m coming back hungry to get back to the top of this division and go after that title. Grant is a tough opponent and I’m training hard for him. I’m hungry and people are going to see that next month in Las Vegas.”

In a recent interview with The Bleacher Report, former two-time title challenger, Gray Maynard proclaims himself, the hardest hitter in the lightweight division.