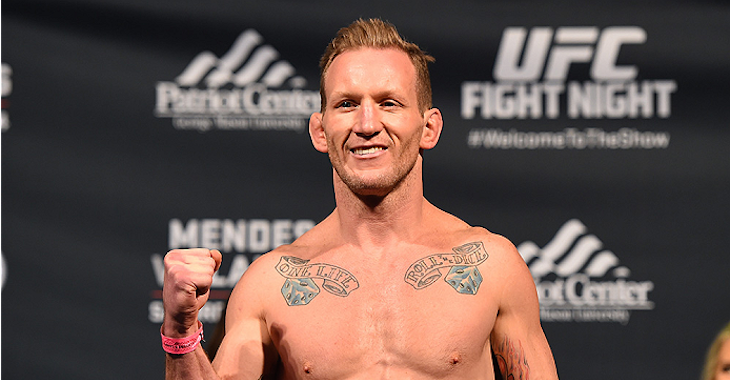 It wasn’t long ago when Gray Maynard was viewed as one of the UFC’s powerhouses in the lightweight division. Now, Maynard will be shifting gears as he recently announced he will be dropping some weight to make the featherweight limit.

The wrestler strung together an amazing eight fight win streak before finally challenging Frankie Edgar for the lightweight championship for the first time at UFC 125 in 2011. The fight ended in a draw and the argument could have been made for either fighter to walk out with the gold slung over their shoulder. Maynard saw success in the rematch eight months later, but would ultimately lose by way of knockout in the fourth round.

Maynard saw little success after that with hole sole victory coming at the expense of Clay Guida. He proceeded to go on a four fight losing streak that brought him to where he is today; A new face in a division full of killers.

UFC Fight Pass hosted Maynard’s most recent contest, but a major win over a top fifteen featherweight could bring him back to televised preliminary status fast. Who do you think Maynard should square off with in his featherweight debut? Share your thoughts and make your predictions in the comment section below!