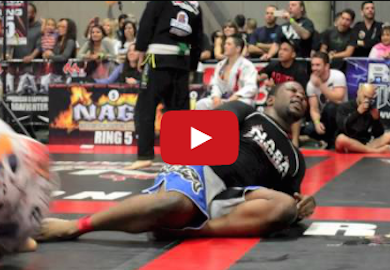 After his opponent passes gas during a match, this grappling competitor loses his lunch and is forced to submit in the process.

The man who gassed his way to victory is 10th Planet Jiu Jitsu grappler, Travis Newaza. The video seen above is during the finals match, granting him the championship in the Las Vegas NAGA event.