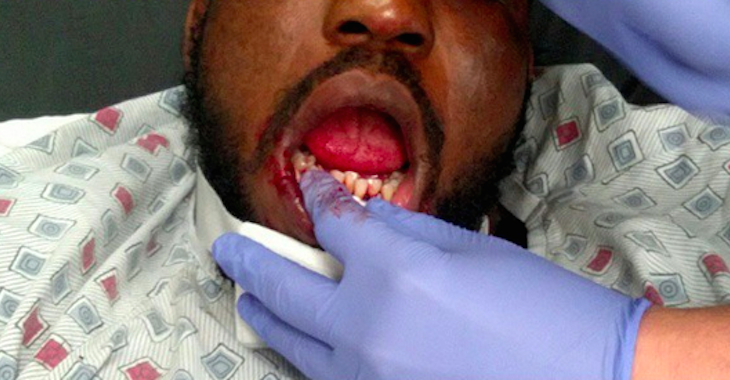 UFC light heavyweight Corey “Beastin 25/8” Anderson left it all in the octagon this past Saturday night, but he suffered a brutal injury in the process.

As previously reported, Anderson was taken to the hospital after his fight against Gian Villante. Apparently, Anderson got punched so hard in the opening round that his teeth ripped right through his chin! Check out the pictures below. They are GRAPHIC!