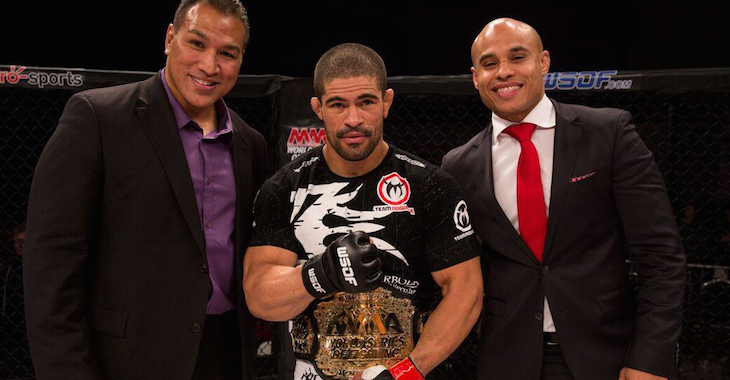 Rousimar Palhares was once viewed as one of the most dangerous welterweights in the world with the potential to become a UFC champion. Now, he’s viewed as flat-out “dangerous”.

Another Palhares bout has come and gone and to the surprise of nobody, it ended in controversy. Shields challenged Palhares for his welterweight championship at “WSOF 22” on Saturday, but was caught and ultimately submitted in a kimura. Shields tapped out several times before Palhares let go of the hold, which upset Shields.

It wasn’t just the end of the fight that was controversial, however. Shields was poked in the eye several times throughout the fight to the point that he was bleeding near his socket. Shields’ many complaints to the referee fell upon deaf ears, so Palhares apparently continued the assault.

Rener Gracie is a prominent figure in the grappling world and he has voiced his disproval of Palhares’ actions on Facebook. The fourth degree black belt said of Palhares, “Unacceptable. Strip the title. Overturn the result. Ban him from professional MMA.”

Should Rousimar Palhares be banned from professional mixed martial arts?