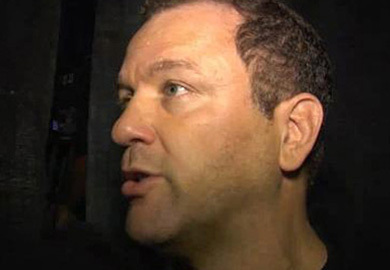 Cesar Gracie, the well known trainer of number one welterweight contender, Nick Diaz, speaks to Ariel Helwani on the MMA Hour about Diaz’s training, skipping tapings of the ‘Countdown’ show and his now famous conference call on which he berated welterweight champ, Georges St-Pierre as only Diaz could.

Gracie stated adamantly that he knows Diaz deserves upper-echelon opponents, even coming off of a loss:

Gracie went on about his fighter who is thrusted into the spotlight this saturday. Gracie admires Diaz’s work ethic along with his tremendous cardio and renowned conditioning.

“I think he did great in his fight against BJ Penn, even the Condit fight, I thought he was in control and everything,” Gracie said. “I will say, for this fight, Nick is in much better shape than either of those two fights. He is prepared. For the last couple fights, Nick Diaz is always a phenomenal athlete and everything, however, he is in better shape now. I’ve been with Nick since he was 16, he’s been in my school. I remember at the time, the endless training hours, the craziness that used to happen back in the day, this feels more like that to me. For the other fights, the guy didn’t really train as hard at all. That’s why I’m so excited about it.

As for the Countdown to UFC 158 tapings that Diaz was accused of skipping (tapings that supposedly cost the UFC $50,000), Gracie states that there is a good bit of truth to support Dana White’s claims:

“It is true Nick didn’t go the first two times I think it was. It’s one of those things, Nick has his training schedule. And he goes, this is what I’m going to do, I’m doing this and this and this. If the Countdown show wants to follow him doing it, that’s great, but he’s not going to change that schedule before a fight, to do a Countdown show. He’s not going say, ‘look, I’m going to put my training aside and pretend I’m training over here.’

UFC 158 takes place Saturday, March 16th, In Montreal, Quebec, Canada at 10 p.m. ET
Thanks to MMAFighting.com for the story.
For the latest MMA news visit BJPENN.com
This article appeared first on BJPENN.COM