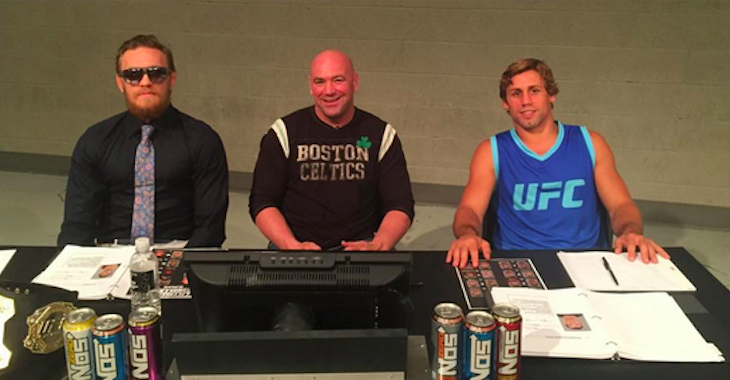 Now that “The Ultimate Fighter: Blackzilians vs. American Top Team” is in the books, it’s time to film the next season! It was revealed during the TUF 21 Finale that the next season’s coaches would be none other than UFC Interim Featherweight Champion Conor McGregor and Urijah Faber. While the two will not be fighting each other, it wouldn’t be a surprise to see a rivalry form between the two that led to a bout somewhere down the road. Go behind the scenes and check out the filming of TUF 22!

The Party is about to get kicked out of here. @lancepalmer “Cut Deez Nuts!” #TUF22 @ufc

At the fights to get into the Ultimate Fighter House. Today in Las Vegas.

Fights are getting nutty in here @ufc #TUF22 Head…paper…now!! Anyone?

Which team do you think will come out on top? Share your thoughts in the comment section below!