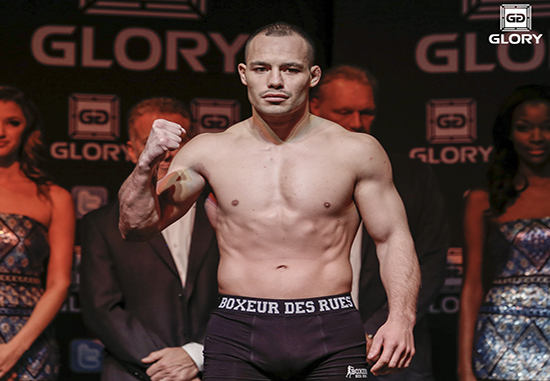 Ladies and gentlemen, we have a NEW GLORY Lightweight Champion of the world and his name is Robin Van Roosmalen! Despite getting dropped in the third round, the volume of Van Roosmalen landed strikes earned him the majority decision victory against Davit Kiria at GLORY 18 tonight.

The fight aired on Spike TV and it was one of the most anticipated rematches in GLORY history. The two fought before in New York City, NY at “GLORY 12” in the lightweight tournament semi-finals. Tonight’s bout was close just like their last and it featured the same result, as well.

They stood in the middle of the ring and exchanged strikes for five full rounds. Van Roosmalen landed more strikes, but Kiria was the only one to land a knockdown. The knockdown earned him a 10-8 round in the third round, but Van Roosmalen did more than enough to make up for his fault.