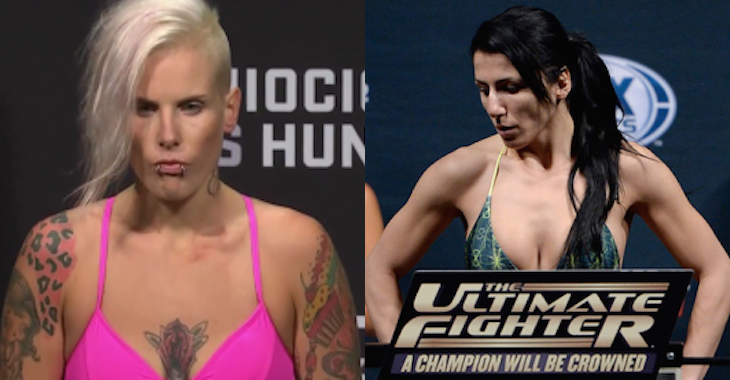 It seems like the cast of The Ultimate Fighter 20 still have some bad blood to work out.

Former cast members ‘Rowdy’ Bec Rawlings and Randa Markos are having a bit of a spat on social media. Well, that is, they probably would be if Markos hadn’t blocked Rawlings.

Rawlings took to Twitter to slam Markos for calling her out on UFC Tonight, then blocking her on Instagram. Rawlings had some not-so-nice things to say about Markos in the process.

Would this be a fight you guys would want to see? Both fighters are coming off of wins over fellow cast members, should they meet in the octagon and work things out?