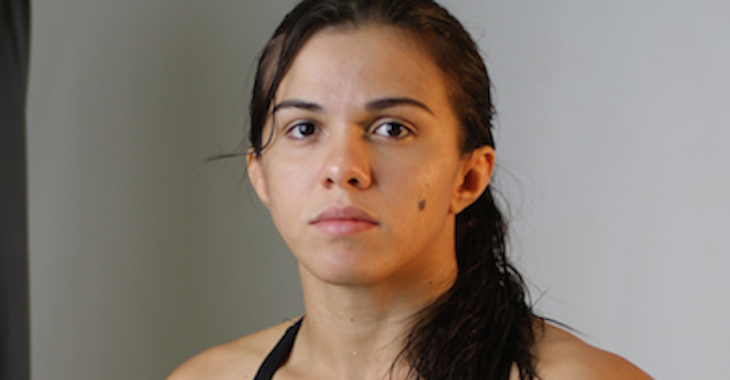 “I was tested in every Invicta FC fight. I was tested in every UFC fight and I don’t have any problem with that… Aisling said that because she’s not an athlete. I’m a better athlete, more disciplined. I train every day, several times a day, and I take care of my body. I believe she said that because I’m fit and she’s fat, she has that big belly. She doesn’t make weight, she’s not an athlete, and is talking s—.”

Claudia Gadelha recently had to pull out of her fight with Aisling Daly, but that doesn’t mean the trash talk has stopped!

Gadelha was forced to pull out of her fight with Daly at UFC Fight Night 64 due to muscle spasms in her back. When she was recently asked her opinion on Daly accusing her of pulling out because she had to be tested, she fired off on Daly in return. MMAFighting’s Guilherme Cruz transcribed the quote above.