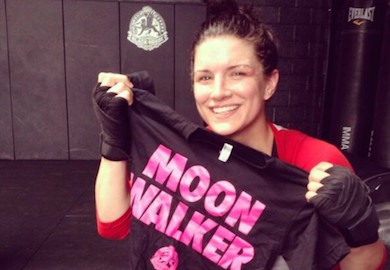 MMA veteran, Gina Carano has been making headlines for more than her Hollywood acting.

The sidelined former face of WMMA is back in training and has taken up the mats over at Blackhouse in Los Angeles.

Could this be the start of an MMA comeback?