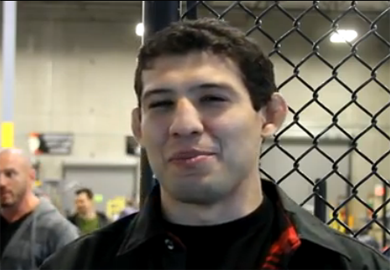 Bay Area native, Gilbert Melendez has been on a mission to prove he is the best lightweight fighter in the world.

His time under the Stikeforce banner has proved that no one outside of the UFC can hang with him, but can he keep that streak going amongst the worlds best?

Recently UFC president Dana White stated that he may be next in line for a crack at Benson Henderson and if the Strikeforce champ has his way it will happen.

But who takes the fight in this possible champion vs champion match up?