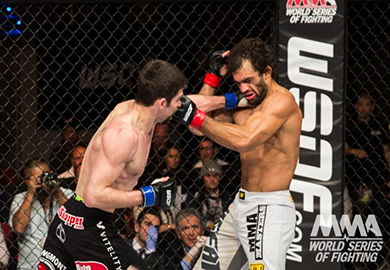 The preliminary bouts kicked off with a submission and ended with a knockout.

Tyler Stinson and Valdir Araujo duked it out for two rounds and it came down to the wire in the third. Stinson was outstriking Araujo for most of the round, landing combination after combination.

Eventually, Araujo’s brain had enough and decided it was time to go to sleep. Watch below as Stinson drops his opponent with a left cross.