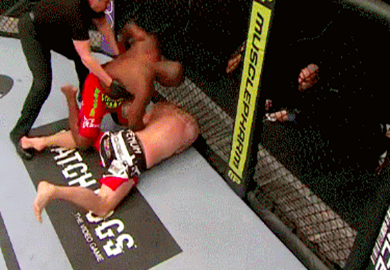 How much money would you ask for to be on the receiving end of Derrick Lewis’ ground and pound?

I don’t know if Jack May asked for enough money tonight as he took some brutal punishment once the fight went to the ground. May allegedly suffered a knee injury which caused this fight to go to the ground in the first place, but Lewis took advantage of it found a way to finish the fight.

Check out the .GIF supplied by FanSided’s own ZombieProphet!