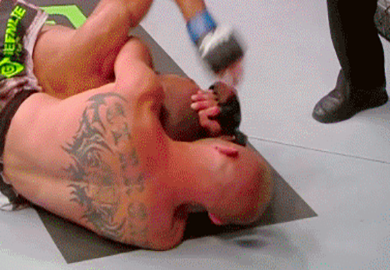 Donald Cerrone stated he just wanted to give the fans what they wanted, and he accomplished that when all was said and done.

Donald Cerrone dropped Edson Barboza with a jab then submitted him with a rear naked choke to pick up his third victory in a row. Check out the .GIF supplied by FanSided’s own ZombieProphet!

Donald Cerrone def. Edson Barboza by way of Submission (RNC) 3:15 of Round 1