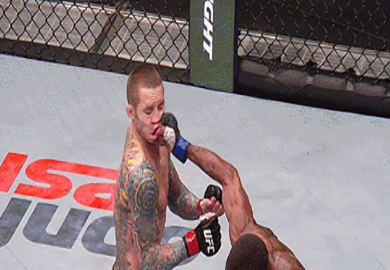 How far will #4 ranked Eddie Wineland fall after this one?

Johnny Eduardo shocked the world when he starched Eddie Wineland in the first round of their fight at ‘UFC Fight Night 40’. JagHarReddit of /r/MMA created the link below so everyone can watch this brutal knockout over, and over.

Which is more likely: Eddie Wineland falls below #8 or Johnny Eduardo gets above #8 in the rankings?