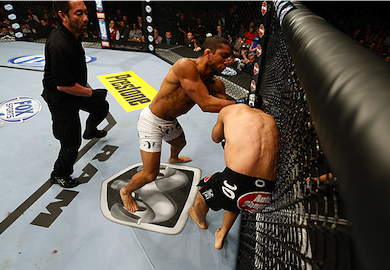 During last weekend’s TUF 18 Finale event Maximo Blanco was disqualified for landing a fight ending illegal knee that put his opponent, Akira Corassani, in the hospital with a concussion and a broken nose.

If you missed the fight, which aired on Fox Sports 1, you can catch the infraction in the animated .gif’s below.