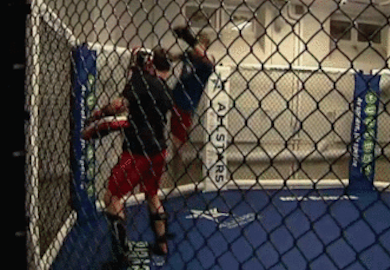 Anthony Pettis started an off-the-cage trend in his first fight against Benson Henderson.

Now dubbed as the ‘Showtime Kick’ many fighters are starting to utilize the cage for more than clinch work.

Check out this animated gif of Gustafsson doing his own ‘Showtime Kick.’