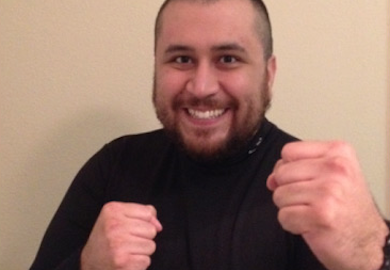 According to a report from TMZ, some lucky individual is going to have the opportunity to kick George Zimmerman’s ass inside of a boxing ring.

Yes, you ready correctly, and Zimmerman is claiming he will fight anyone, even an individual of African American descent.

After being acquitted in the death of Trayvon Martin last July, Zimmerman has apparently taken a liking to the sport of boxing.

This led celebrity boxing promoter Damon Feldman to offer George money to step in the ring.

Zimmerman has stated that he will donate all of his profits to charity.

Anyone else feel willing to throw their name in the hat to kick this guys ass? Let’s hear it Penn Nation!