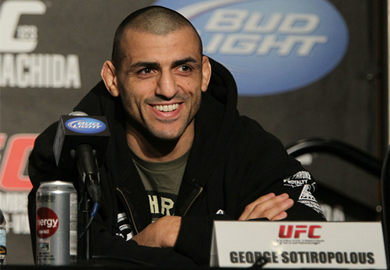 There was no shortage of drama produced both on and off the set of TUF Smashes.

The incident he describes started with Team UK coach Erin Beach inviting me to fight and directing bold statements towards me on twitter. The following was a confrontation that ended with Beach unsuccessfully seeking refuge in a locked closet, followed with hiding behind a pregnant woman in the producers office.

At no stage was anyone knocked out, locked out or tapped out. Pearson was not present and did not witness the creative story he speaks of.

I’m bewildered as to why Pearson continues to talk about me four months after our fight. He continues to focus and obsess with great enthusiasm and is obviously thinking more about me than I am thinking about him. His problem not mine. If he seeks a rematch I’ll gladly oblige him sometime in the future.”